Brainwave entrainment is the ability for the brain to naturally sync to the frequency of external stimuli. Imagine yourself sitting atop a grassy knoll. The sun has just set. Then, just as night begins to fall, it happens. First here. Then, over there. A brief flicker of magic lighting up the sky in little bio-luminescent bursts.

It’s the dance of the firefly.

For many, this evening ritual is well known. But, did you know also know the firefly may hold a key to unlocking your brain’s unlimited potential?

Your brain continually produces electrical activity, especially when you're asleep. Neurologists found that this activity can be recorded in the form of brainwave patterns, also known as brainwaves.

Many scientific studies have shown that the brainwave activity in the brain can be influenced when it's stimulated with specific beats and tones. This process is known as Brainwave Entrainment, and can be extremely effective when used correctly.

Various forms of brainwave entrainment and synchronization have been used in many different cultures for hundreds of years. Long before scientists were able to measure our brainwave patterns.

Lots of historical references show that our ancestors used drums and or chanting, to induce and experience different states of mind. Some cultures still use the same methods today. 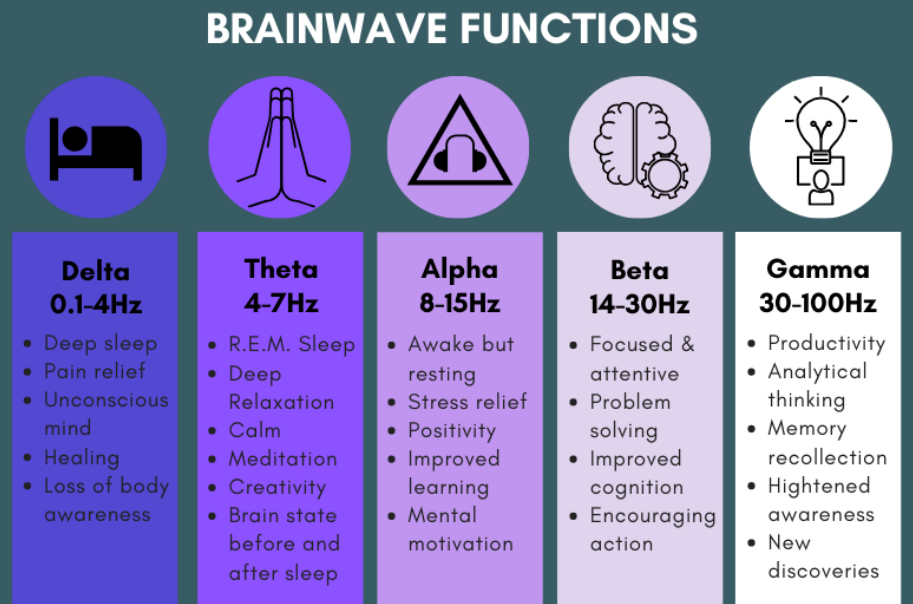 If you’ve ever seen fireflies in action, especially at the start of the eve, you know firsthand that the little blips of light pulse on and off with no seeming pattern or sequence.

However, the longer you sit on that grassy knoll, the more “in sync” these bursts of light will become.

Eventually, many of the fireflies will begin to light up at the exact time. So, what does this have to do with your brain? Keep reading to find out…

The year was 1665 and Dutch physicist Christiaan Huygens was about to identify what is known as “entrainment.”

It was the end of a long day. In his laboratory, Huygens set two pendulum clocks next to one another. Then, he set them in motion. The pendulums were not sync.

How did this happen?

It’s a phenomenon known as entrainment.

Entrainment is the process by which tiny amounts of energy move between two nearby entities that are “out of sync.”

The result is a kind of “negative feedback” that works to self-correct the dissonance until both entities are in sync and aligned.

When we’re talking about inorganic entities, like these clocks and even electric clothes driers, this is known as mechanical entrainment.

With the firefly example, we see an example of what is known as biological, or organic, entrainment.

So, what do fireflies and clocks teach us about the human brain? For the answer, we need to take a look at your brainwaves. Brainwaves, or neural oscillations, are the electrical pulses in your brain that correspond to what you’re doing, what you’re thinking, and how you’re feeling. Every one of your mind states has a signature brainwave pattern.

If you’re happy, you have one pattern. Focused, another. Relaxed, still another.

Researchers have been able to identify and duplicate the exact patterns of many of our most common mind states using sound waves rather than electrical pulses. It turns out that brainwaves share the same basic structure as that found in acoustics (e.g., frequency, amplitude, and periodicity).

Your Different Mental States, Measured By Your Brainwave Frequency

Through the advancement of neurological research, we are now able to accurately identify what frequency ranges our brainwaves are in, during certain mental states.

With this knowledge and more in-depth research, we are now able to develop audio brainwave entrainment programs, to match the frequency range of our desired mental state, and produce brainwave synchronization.

For the brain to be effectively entrained, every tone or beat has to produce an individual electrical imprint on the brain, called a Cortical Evoked Response. The stronger the beat, the stronger the entrainment effect.

The most well-known form of brainwave entrainment uses Binaural Beats.

Binaural Beats are created by sending a different tone into each ear. The tones are mixed together inside your head by your brain, resulting in a pulse also called a beat. So as an example, you might send a frequency of 200hz into your left ear, and 190hz into the right. This would create a beating tone in your brain at 10hz.

The lower of the two tones is called the carrier and the higher one the offset.

The beat you hear is actually created inside your head, not externally. This is because your brain creates the beat after working out the differences from each ear.

Based on the differences in frequencies, or Hz, we can create specific brainwaves to support our goals.

Because of how Binaural Beats work, you always have to listen to them with headphones on, so that each ear can receive a different frequency. If you listen to the same Binaural Beat audio without headphones, in most cases you will hardly be able to detect a beat at all, because your ears will be able to hear both frequencies at once and the effect is lost.

How a typical Binaural Beat would look in your brain:

The fluctuation in the wave pattern is what creates the resulting beat.

lsochronic tones are created in a completely different way to Binaural Beats. Instead of two different tones being combined together, just a single tone is used.

The beat is created by turning the tone on and off at regular intervals. This is also referred to as Amplitude Entrainment.

As you can see from the diagram below, Isochronic Tones are significantly more obvious and stronger. The resulting entrainment effect is much more powerful than Binaural Beats.

Brainwave entrainment can be mixed with normal music and white noise very effectively, which can really enhance the user experience and make the beats more pleasant and relaxing to to listen to.

The image below shows an Isochronic Tone that has been mixed with music. Although the individual pulses are not separated as clearly, the resulting entrainment effect is still very effective on the brain. ~parts adapted via MindAmend.com

Putting It All Together: Unlocking Your Brain

Now, imagine you’re feeling unfocused and foggy. You have a big presentation and need to be at your best. What do you do? If scientists know how to replicate brainwave patterns using soundwaves (they do) AND biological entrainment is a real thing (it is), you’re in luck.

Hypothetically, you should be able to listen to sound waves patterns for mental clarity and – through the process of brainwave entrainment – switch on your desired mind state.

Just like placing two clocks together or having fireflies circling in the same space, your brain will begin to sync with the brainwave “music” you’re listening to.

As a result, the dissonance between your existing state (foggy, unfocused) will be overwritten by the more dominant sound wave (clear, on target, focused).

The negative feedback will stop and you’ll be ready to give that winning presentation.

Brainwave Entrainment and Other Great Things for Your Brain