Someone Stole My Car Stereo

When I was a teenager, my mum's car was stolen, not once, but twice within the span of a month! Where was her car parked? Right in front of our house.

We couldn't believe it. I remember walking up and down our street looking for the car, thinking that it must have been parked elsewhere. Indeed, it had been stolen.

My mum's car was recovered pretty quickly the first time it was stolen. The police found it close by. Kids had stolen it for a joyride. The car was recovered once again after the second theft. Only this time, the car stereo had been taken out. (Remember when that used to happen?) But, my mum was happy to get her car back.

When I was in high school, I would take public transportation to and from school most of the time. On the odd occasion, though, my schedule would coincide with my mum's, and she'd drive me.

It was right after the car had been returned to her the second time around that there was an opportunity to pick me up after school.

On this particular day, I got in the car, plopped down in the seat and automatically reached for the stereo to listen to music as I had done so many times before. There was no stereo! No music!

Well, this was weird. This was going to be an awkward drive home. My mum and I would always just listen to music whenever she picked me up in the past. We weren't accustomed to talking much to each other about the minutia of the day. That just wasn't the relationship we had.  Now what were we supposed to do?

Sometimes quiet can be painful. There's no music, no distraction filling the air. After driving some time feeling at a loss, my mum finally asked what projects I was working on in school. The tension had been broken. I filled her in on all the stuff I was working on, and we had one of the best conversations we had had in a while.

Eventually, my mum replaced her car stereo. The funny thing is that whenever she picked me up from school after that, we never listened to the radio again. We filled our time with catching up with each other instead.

Fast forward to last summer, my car stereo was stolen twice within the span of a month. I don't mean this literally. But, my fur baby, Dudley, and my mum both died this past summer within a month of each other. For some reason, this reminded me of my mum's car being stolen. Just as I couldn't believe this had happened with the car, I couldn't believe this had happened to my baby and mum.

I lost my stereo. It was stolen, taken without my permission.

The quiet hit with a violence that hurt every cell of my being. I would look around at other people and wonder if I would ever laugh the way they did. (When you're sad, you inevitably hear other people laughing.) Everyone else seemed to have their stereos still intact. When you experience loss, it can feel as though the rug has been pulled up from underneath you, leaving you winded.

I've discovered when my heart is racing and it's difficult to breathe that sometimes all you can do is sit still in the silence for a while. Sit with the pain and feel it. Appreciate that the pain often comes because the thing that was stolen was so wonderful.

I've spent time over the past months listening to the silence. The more I listen, the easier it seems to become to hear faint music in the background. It's not the same music as before; it'll never be the same. But, I can hear new songs on my stereo now.

I have been working diligently on Know-Stress-Zone.com. This song continues to get stronger for me. Please feel free to subscribe to my ezine and get your free copy of my book Now & Zen: The Ultimate Stress Management Workbook. You'll also receive a new stress management hypnosis download I created.

I don't believe that time heals. I believe people can heal in time. We need to give ourselves more credit than to think that time does all the work. If your stereo has been stolen by stress, I welcome the opportunity for Know-Stress-Zone.com to be a new song you start hearing in the silence. 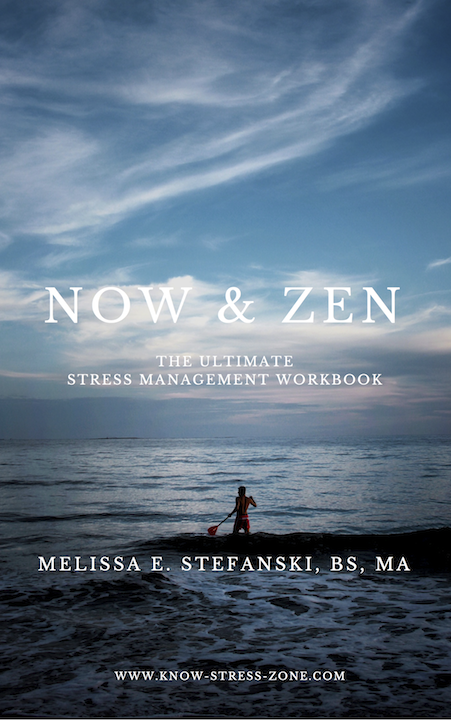 More and More Strategies to Cope with Stress