14 Effects of Stress on the Brain: This Is Your Brain on Stress

The effects of stress on the brain can be detrimental to your health. Here's what happens...

Effects of stress on the brain:
1. YOUR THOUGHTS

Do the effects of stress on the brain cause brain damage? YES! Your thoughts are powerful! A thought generates an electrical impulse strong enough to operate a computer when this electricity has a means by which to be conducted! Because thoughts are so powerful, their electrical impulses are creating pathways in the brain (like ruts in a dirt road you use everyday) which make thoughts, and their resulting behaviors, more automatic.

For example, if you are stressed out at work, you might have thoughts such as, "I can't stand my job!" This thought becomes more automatic over time so that every aspect of the job becomes despised: "I don't like my boss, my co-workers, etc."

Effects of stress on the brain:
2. THE HIPPOCAMPUS

This is the seahorse-shaped region in the middle of the brain responsible for transferring short-term memories in to long-term memories. One of the effects of stress on the brain is the shrinking of the hippocampus.

You might have experienced this shrinking effect if test anxiety ever caused you to draw a blank. Most of us experience this kind of memory loss when stressed. Fortunately, the hippocampus tends to expand when the stress is fleeting and has passed.

Effects of stress on the brain:
3. FREE RADICALS=BRAIN KILLERS

The release of corticosteroids (most importantly cortisol) increases blood sugar, which can contribute to weight gain and diabetes. Too much cortisol can lead to nerve damage in the brain, affecting immune function, memory, and concentration.

Cortisol creates a surplus of the neurotransmitter glutamate.

Free radicals actually punch holes in the brain cell walls, causing them to rupture and die.

If stress causes you to lose sleep, eat junk food, drink too much alcohol, or smoke cigarettes to relax, these are contributing to your free radical load.

Effects of stress on the brain:
4. FORGETFULNESS

Memory problems may be one of the first signs of stress you’ll notice.

Misplaced keys and forgotten appointments have you scrambling, further adding to your stress.

If you find all this stress is making you more emotional too, there’s a physiological reason for this.

Effects of stress on the brain:
5. FEAR & ANXIETY

Stress builds up an area of your brain called the amygdala.

This is your brain’s fear center.

Stress increases the size, activity level and number of neural connections in this part of your brain.

This makes you more fearful, causing a vicious cycle of even more fear and stress.

Effects of stress on the brain:
6. NO MORE NEW BRAIN CELLS

Every day you lose brain cells, but every day you have the opportunity to create new ones.

It can be thought of as fertilizer for the brain.

BDNF can offset the negative effects of stress on the brain.

But cortisol halts the production of BDNF resulting in fewer new brain cells being formed.

Effects of stress on the brain:
7. DEPRESSION

Low levels of either of these neurotransmitters can leave you depressed and more prone to addictions.

Serotonin is called the “happy molecule.”

It plays a large role in mood, learning, appetite control, and sleep.

Women low in serotonin are prone to depression, anxiety, and binge eating.

Men, on the other hand, are more prone to alcoholism, ADHD, and impulse control disorders.

Dopamine is the “motivation molecule.”

It’s in charge of your pleasure-reward system.

Too little dopamine can leave you unfocused, unmotivated, lethargic, and depressed.

People low in this brain chemical often use caffeine, sugar, alcohol, and illicit drugs to temporarily boost their dopamine levels.

Effects of stress on the brain:
8. RISK FOR MENTAL ILLNESSES OF ALL KINDS

The root cause of most mental illnesses is not yet understood.

If answers are ever found, the causes will most likely be a complex variety of factors.

Recent research has discovered physical differences in the brains of people with stress disorders.

Their ratio of the brain’s white matter to gray matter is higher.

Effects of stress on the brain:
9. STRESS MAKES YOU STUPID

Stress can cause your brain to seize up at the worst possible times — exams, job interviews, and public speaking come to mind.

This is actually a survival mechanism.

If you’re faced with a life and death situation, instinct and training overwhelm rational thought and reasoning.

This might keep you from being eaten by a tiger, but in modern life this is rarely helpful.

Stress impairs your memory and makes you bad at making decisions.

It negatively impacts every cognitive function.

Effects of stress on the brain:
10. YOUR BRAIN SHRINKS

Stress can measurably shrink your brain.

Cortisol can kill, shrink, and stop the generation of new neurons in the hippocampus, the part of your brain that stores memories.

The hippocampus is critical for learning, memory and emotional regulation, as well as shutting off the stress response after a stressful event is over.

Effects of stress on the brain:
11. TOXINS IN YOUR BRAIN

Your brain is highly sensitive to toxins of every kind.

The blood-brain barrier is a group of highly specialized cells that acts as your brain’s gatekeeper.

This semi-permeable filter protects your brain from harmful substances while letting needed nutrients in.

This lets things into the brain you don’t want there such as pathogens, heavy metals, chemicals, and other toxins.

Having a leaky blood-brain barrier is associated with brain cancer, brain infections, and multiple sclerosis.

Effects of stress on the brain:
12. RISK OF DEMENTIA

One of the most worrying effects of stress on the brain is that it increases your risk for dementia and Alzheimer’s.

Being diagnosed with Alzheimer’s disease is the #1 health fear of American adults, even more so than cancer.

Alzheimer’s is now the sixth leading cause of death.

One in three US seniors will die with Alzheimer’s or other forms of dementia,  and it’s the most expensive disease in the country.

There is no simple “magic bullet” to prevent Alzheimer’s.

It’s been found that stress, particularly stress that occurs in midlife, increases risk of Alzheimer’s.

Anxiety, jealousy and moodiness in middle age doubles your risk of developing Alzheimer’s.

Chronic stress and elevated cortisol contributes to dementia in the elderly and hastens its progression.

Effects of stress on the brain:
13. YOUR BRAIN CELLS COMMIT SUICIDE

Stress leads to premature aging on a cellular level, causing cells in both your body and your brain to commit suicide prematurely.

To understand how this happens, we need to take a look at a part of your chromosomes called telomeres.

You may recall from high school biology that when a cell divides, it passes on the genetic material to the next cell via chromosomes.

Telomeres are protective endcaps on our chromosomes similar to the plastic tips on shoelaces.

Every time a cell divides, the telomeres get a little shorter.

When they reach a critically shortened length, they tell the cell to stop dividing, acting as a built-in suicide switch.

Shortened telomeres lead to atrophy of brain cells and longer telomere length leads to the production of new brain cells.

Telomere length may be the most important indicator of biological age and disease risk.

Some researchers believe it’s a better predictor of your risk for age-related diseases like Alzheimer’s, heart disease, diabetes, and cancer than conventional diagnostic tools.

Effects of stress on the brain:
14. BRAIN INFLAMMATION

A little-known fact is that the brain has its own immune system.

Unfortunately, a microglial cell has no on or off switch, so once it is activated, it creates inflammation until it dies.

Chronic stress is one of the factors that increases the risk of activating your microglia, thus producing brain inflammation.

It’s generally believed that depression is caused by serotonin deficiency, but there’s a growing body of evidence that brain inflammation is a main contributing factor to depression.

This theory is called the “cytokine model of depression.”

Activated microglia produce cytokines — proteins that turn on the inflammation response in the brain.

Cytokine production is linked to depression including major depressive disorder and risk of suicide.

It’s also associated with anxiety, memory loss, and inability to concentrate, as well as some serious disorders including schizophrenia, Parkinson’s, and Alzheimer’s.

On Top of All This …

Chronic stress destroys your happiness and peace of mind.

It wears you down mentally and emotionally, and saps the joy from life. 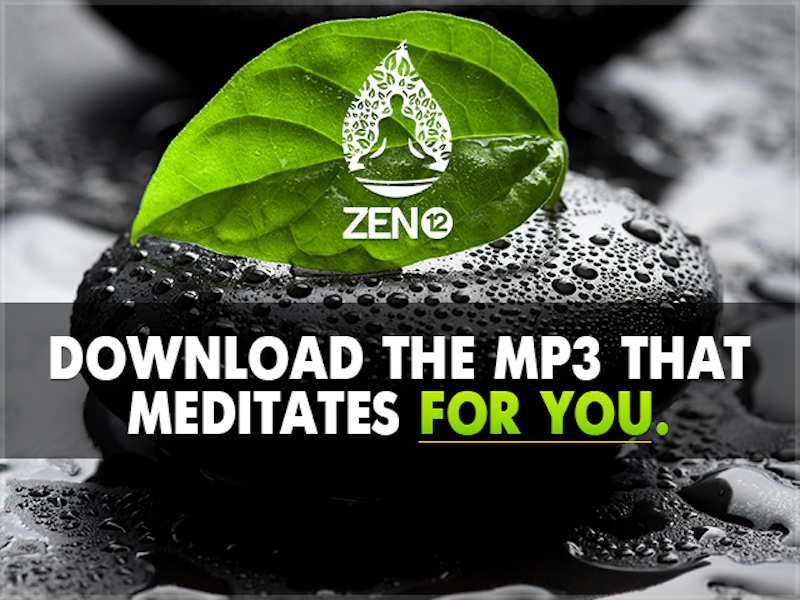 SO, what can you do?